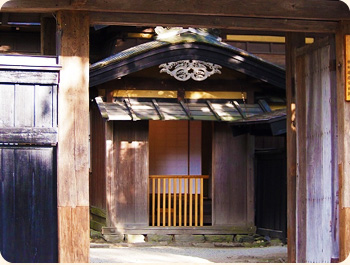 Living space of the former samurai

The beginning of 1620 years (1620) Edo period, large-scale urban planning is performed by the Ashina said, Kakunodate then flourished as a castle town of Satake north house.
As samurai mansion-lined, is referred to as a "Uchimachi", the current house split and at the time of the late Edo period is also poised mansion of the main house Mont elephants, have left well the characteristics of the samurai-cho, such as square type you. 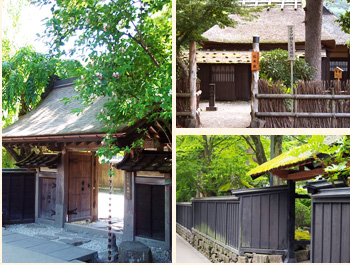 Conservation district of traditional buildings of the country

The samurai residences group main street of, has been designated a conservation district of traditional buildings of the country, it has been protected as cultural assets.
Preservation District is where you hit the samurai mansion located almost in the center on-Intermediate samurai of old samurai-cho.
Fence is continuous along the wide streets, Shidarezakura forms a deep grove is big tree of and fir, is a quaint deep space living at the time is felt even now.