Full of history and culture

The charm of Kakunodate 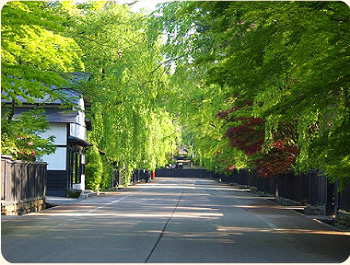 Had made the streets following the now of Kakunodate is Mr. Ashina (Ashina), was that of the early 1620 years of the Edo period (1620 years). After that flourished as a castle town of Satake north house.

Tamagawa Metropolitan cypress Uchikawa Break open the city to along, this town three sides surrounded by mountains, historic samurai mansion and the cherry trees are beautiful, tourist attractions was just an air of elegance worthy to be called "Little Kyoto of Michinoku" is. 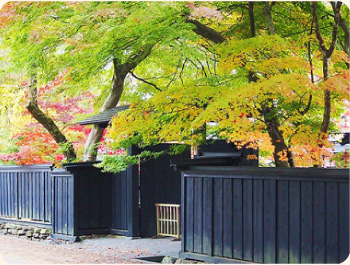 The town is at the center of the square called "Hiyoke (awning)", north samurai houses lined "Uchimachi" , south live the townspeople and merchants "Tomachi" divided into it was done. 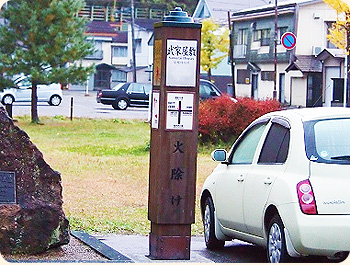 According to the article "to the south from the foot of the Kojo mountain between 382 (about 687 meters), between the exception of fire draw a line. Width 12 from east to west (about 21 meters), east-west between the 160 the open space (about 288 meters) provided build earthworks of height 1 length (about 3 meters) to a little south from the center, completely Uchimachi and outside the town there and to cut off the ".
So as not to ignite the inner town when the fire occurred outside the town, it is said to have provided with the exception of fire. Furthermore, in the middle of the earthworks it seems to have been closed at night and provided the wicket gate.
Not only the fire, I think we had the effect of not entering the suspicious person? 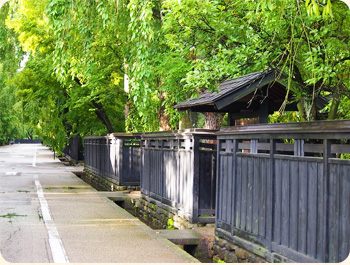 North of samurai society, town split, which was divided into merchant-artisan society of the south, remains left its origins even now after more than 400 years.

By all means when in Kakunodate smell, while thinking about the former life of the samurai and townspeople, please enjoy the sightseeing. 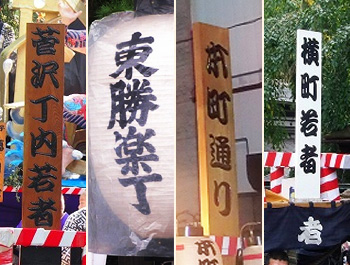 The town name of Kakunodate and where you are with "Omotemachishimocho-Uetei" and "Higashikatsurakucho" such as "Ding", there is a place marked with "Iwase-cho," "Shimoshin town" and "town".
This is the town name that was lived samurai marked with "Ding", the merchant-cho, are you with the "town".
In the place name, even the remaining few hundred years ago of the remnants, it is one of The charm of Kakunodate.

(From the right of the photo kakunodate no Omatsuri)