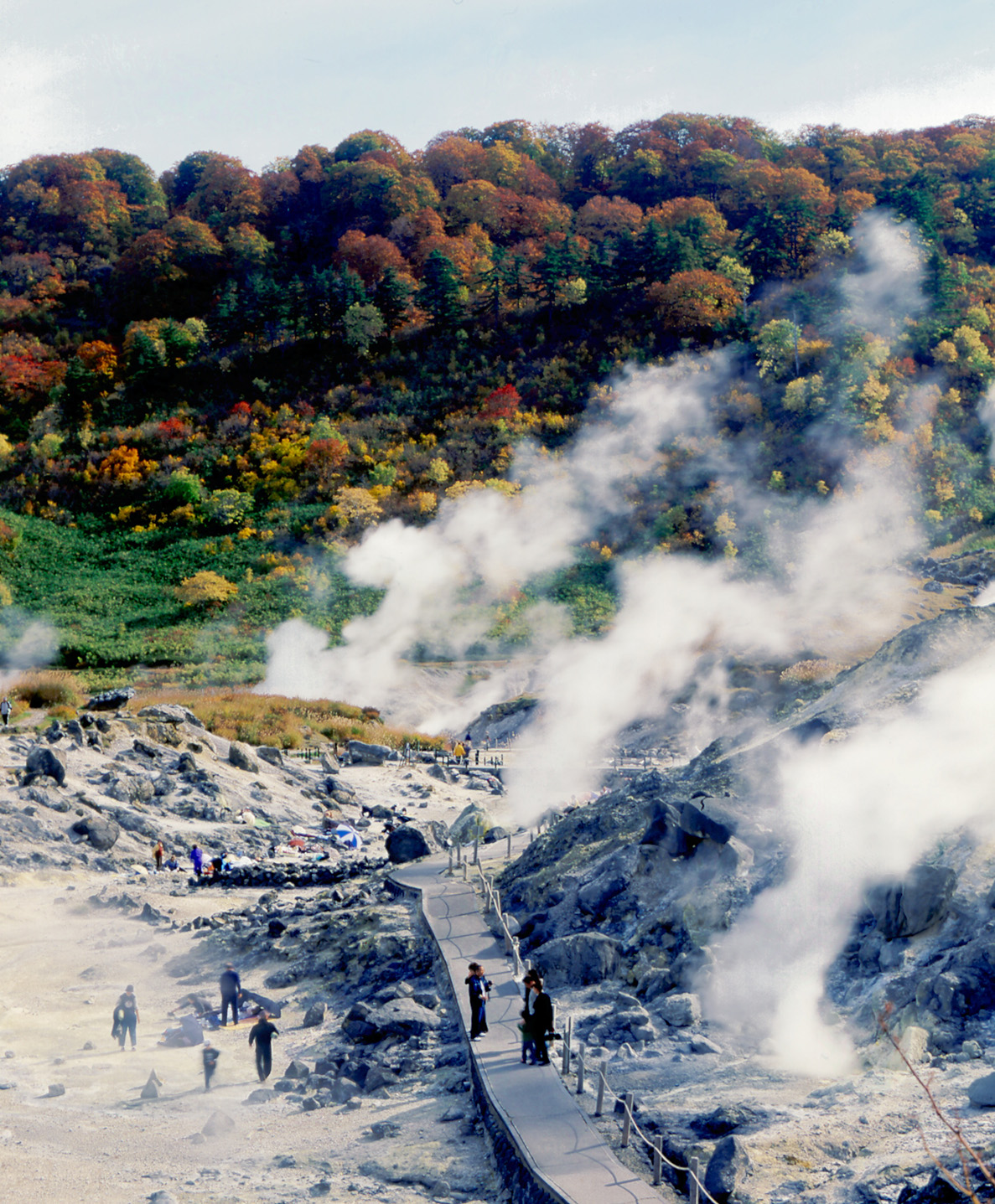 Tamagawa until Jigokudani of good from the Tamagawa Onsen quarters, has been followed by a sidewalk that was paved with stone.

Tamagawa until Jigokudani of good from the Tamagawa Onsen quarters, sidewalk that could spin in about around 30 minutes has been developed, whole area has been wrapped in virgin forests, such as beech and Abies. 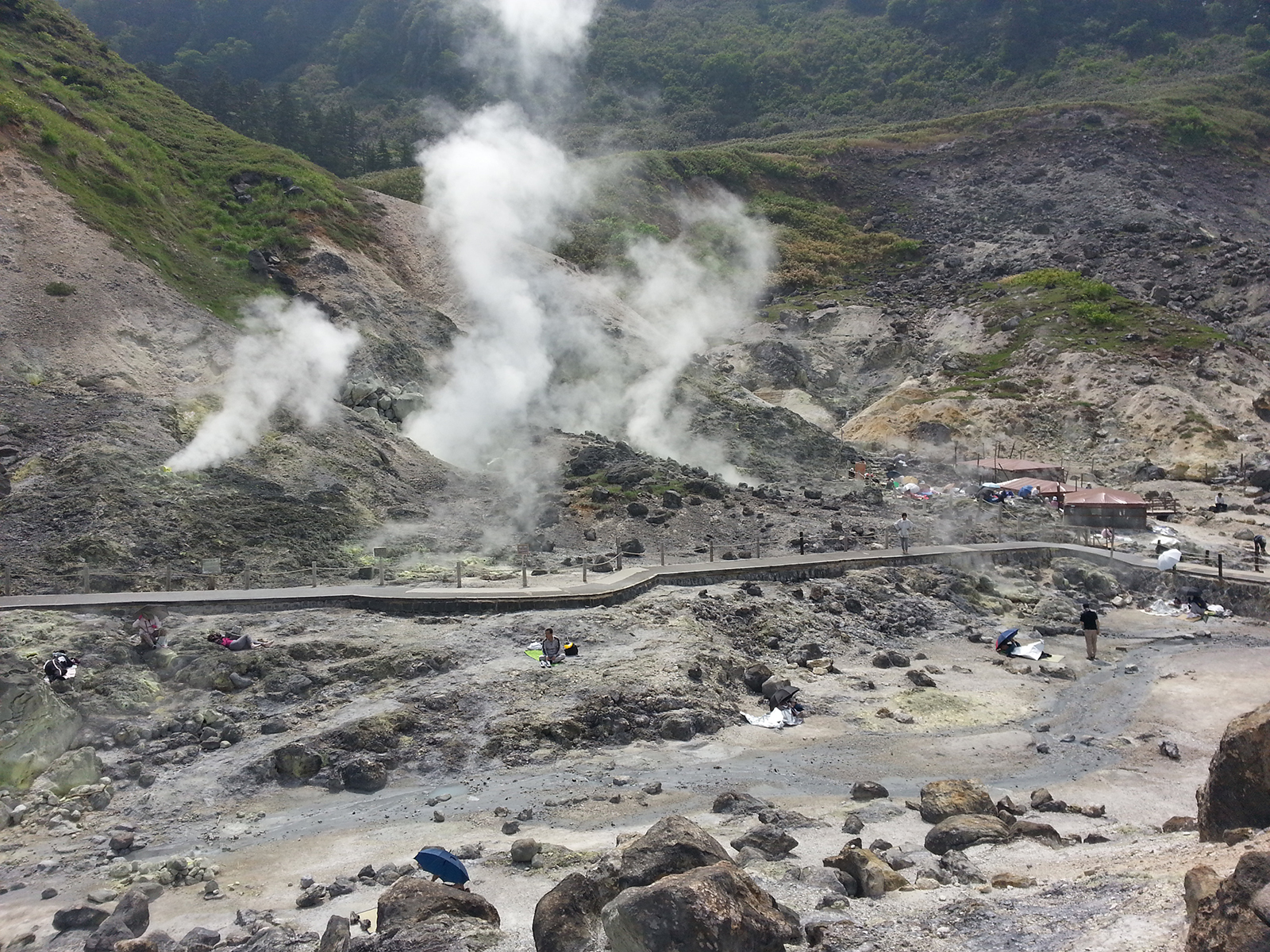 Tamagawa Onsen, which boasts the amount of discharge Japan, the hot water of 98 ℃ is spouting "Dai噴(Obuki or, Obuke)" the beginning, rising噴湯-jet from everywhere in the garden path, the earth you can feel the breath.

In addition, the natural bedrock bath are known to spread the "throne" You can see many people to warm the body.

● JR Tazawako use the Ugo transportation bus "Express Hachimantai line" than Station, get off at Tamagawa Onsen(about 75 minutes)