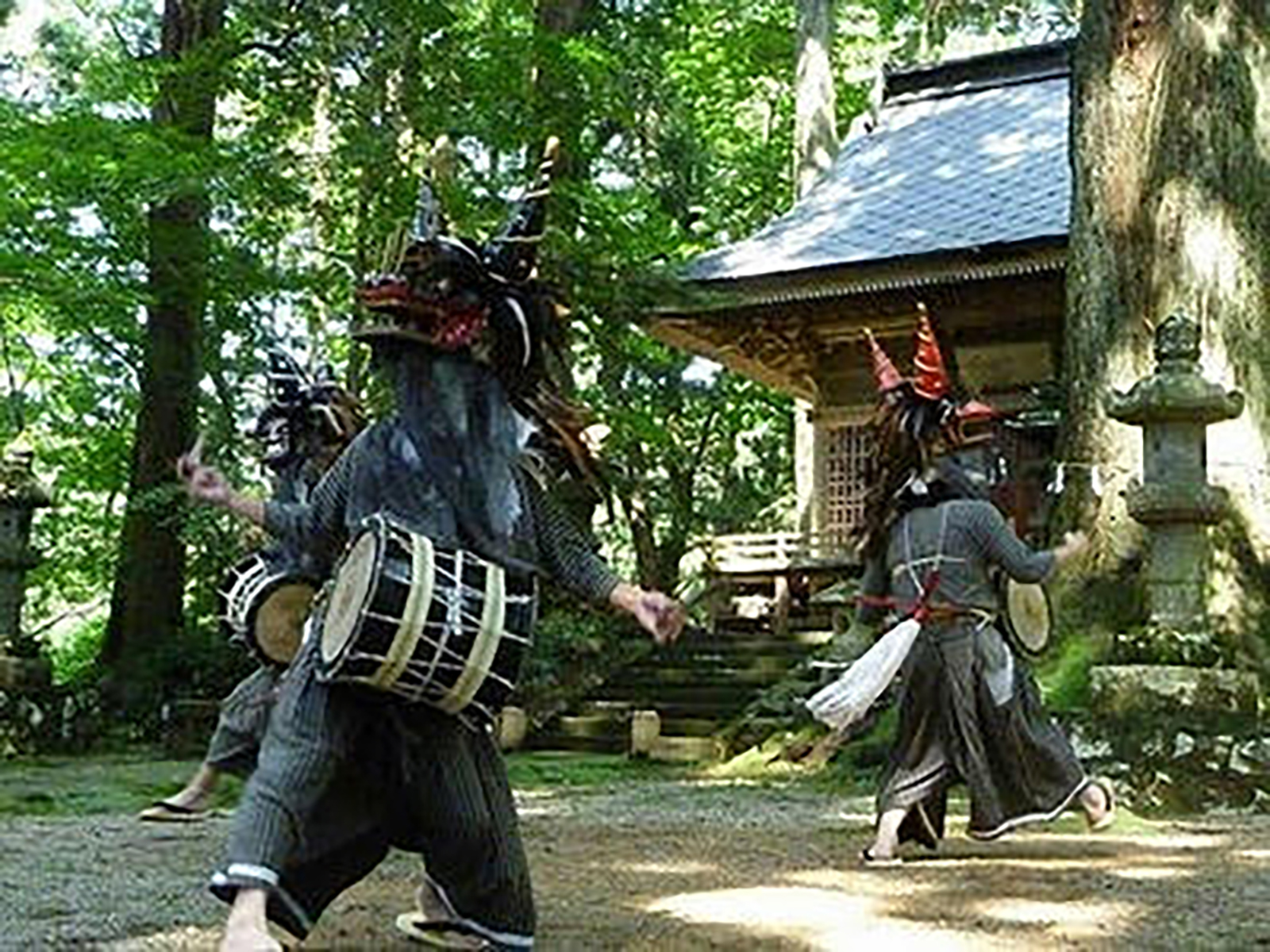 When Satake public has become your Kunigae in Akita, predecessors are said to have handed down what has been waiting for along the way as exorcism, it is one Standing triceps lion.