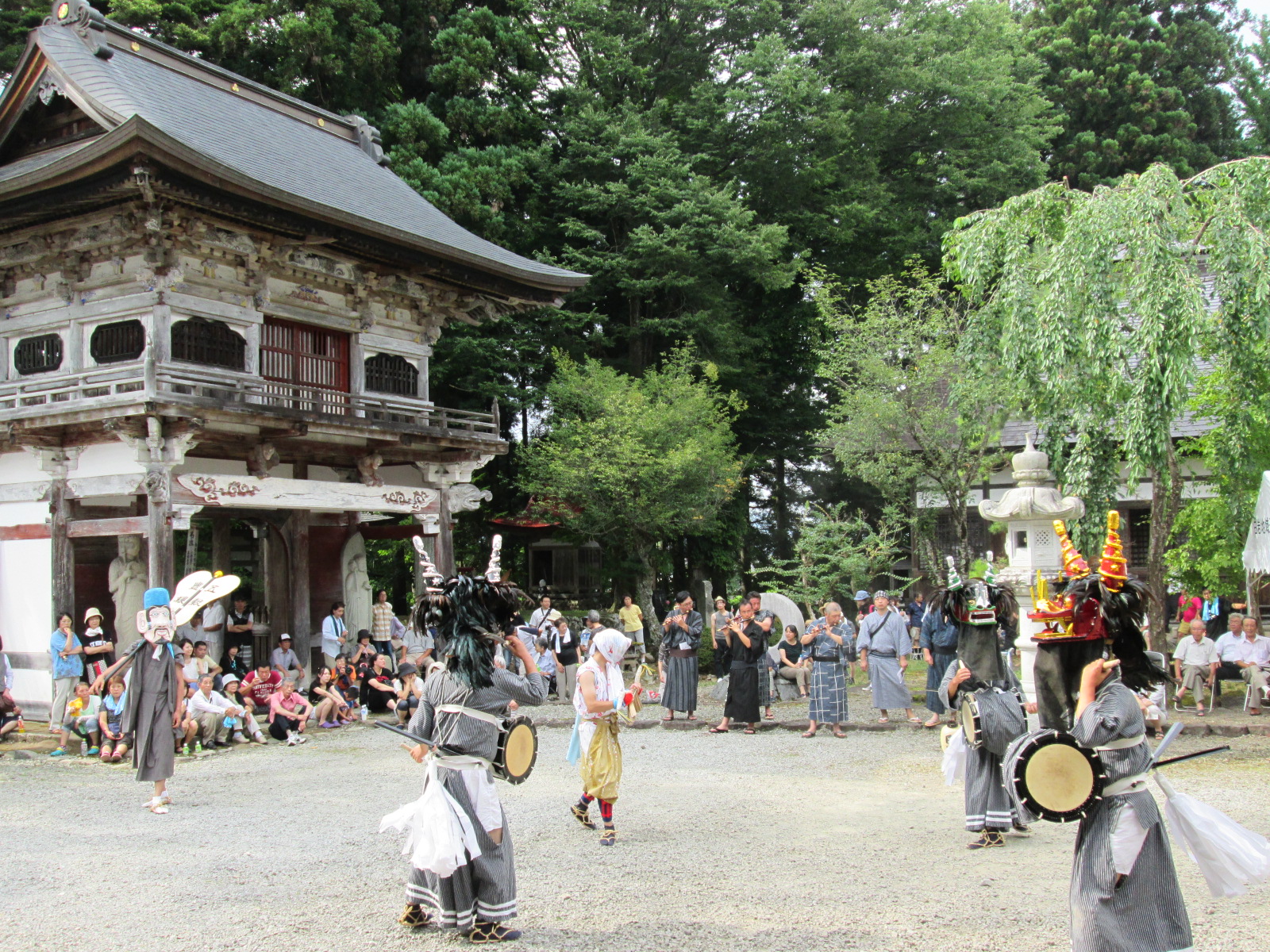 When Satake changed his country, he was instructed by a member of the Satake family. It is a Mito-type Sasara that is said to have been joined by a rural lion dance after walking while waving a wooden musical instrument at the beginning of the procession to dispel the devil.

In addition, a book of origin called a scroll is also preserved in the district, and when a bad illness was prevalent in the olden days and you were in trouble because you had to pray to a priest or a priest, the Chinese priest said, "I think it's just a reminder. It is written here that the shape of the demon god was formed for the first time, the drum was beaten, the whistle was blown, and a large number of people lined up to pay off these disasters.