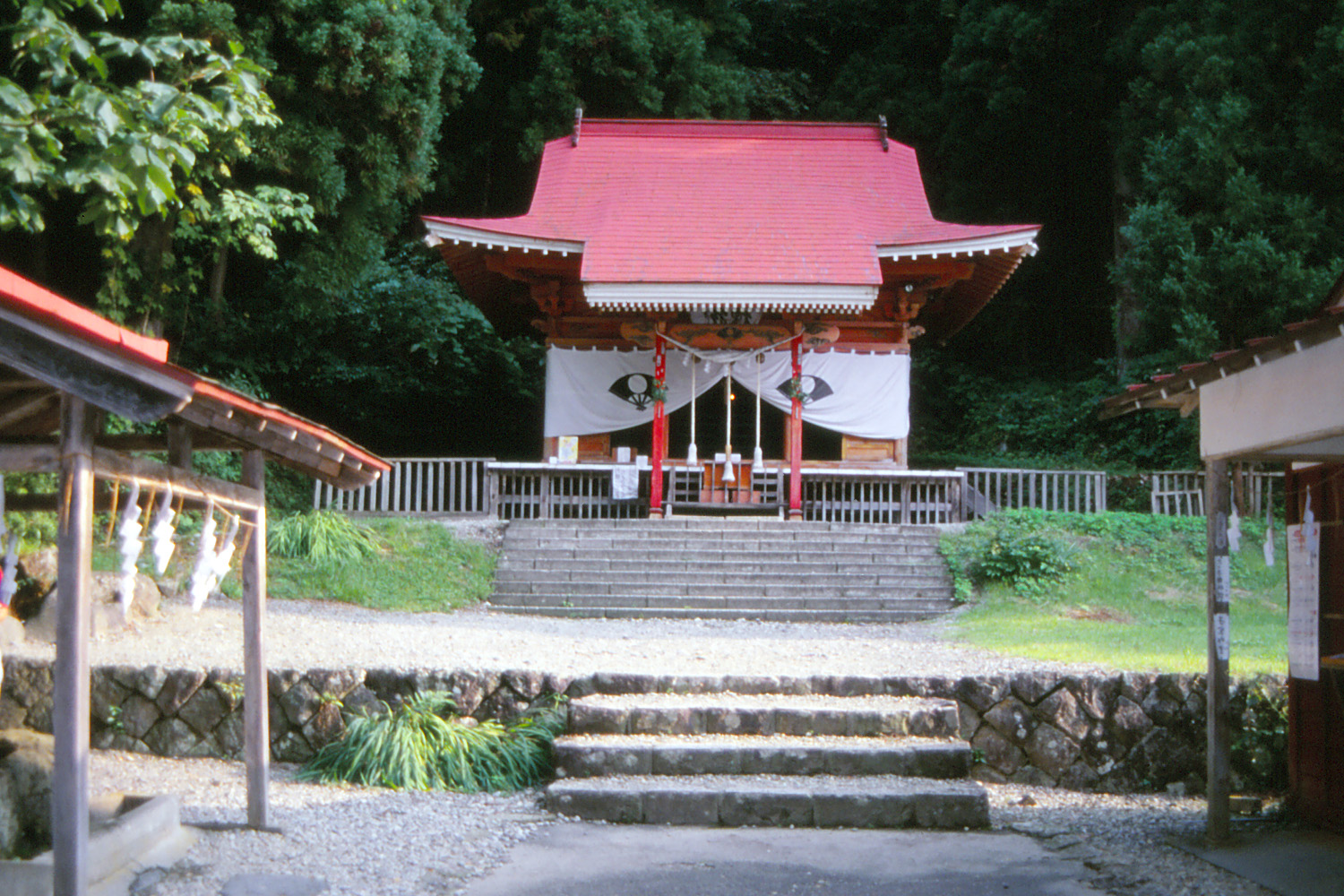 Company name that Gozanoishi jinja, when in 1650 the year (1650) is Akita feudal lord Yoshitaka Satake public was sightseeing the Tazawako, comes from that rested over the hips.

Beside the painted in red torii, one of the seven types of trees were growing from the tree and "rainbow tree Nanairogi", Ritsuko became the dragon drinking "Gatagashira of Rijssen", Ritsuko depressive an appearance There are also attractions such as "Kagamiishi" was.

JR Tazawako station use the Ugo transportation bus "Tazawako round line" from the station, get off at Ishigami Yashiromae the throne, a 1-minute walk (about 40 minutes)